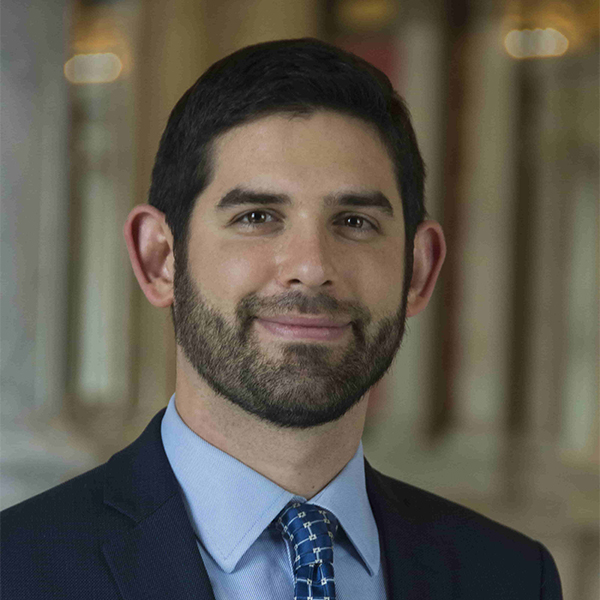 Nicholas Alexander Brown is the director of special productions & initiatives at Washington Performing Arts and adjunct faculty for the Department of Library and Information Science at The Catholic University of America. He previously served as a program specialist in the Library of Congress Office of Special Events and Public Programs, and was a music specialist in the Library's Music Division. An active conductor and musicologist, he is the founder of The Irving Fine Society, was conductor of the Library of Congress Chorale from 2012-2018, and has guest conducted ensembles in the U.S., Europe, and Honduras. He previously served as a horn player, conductor, and vocalist in the 215th Army Band, worked in the Harvard University Office of the President and Provost, and was an intern in the Office of the First Lady at the White House and the Boston Symphony Orchestra Press Office. As a chorister, Brown has performed with the Tanglewood Festival Chorus, London Philharmonic Choir, London Symphony Chorus, and BBC Symphony Chorus. He holds an M.Mus in Musicology (King's College London), a M.S.L.I.S. in Library and Information Studies (The Catholic University of America), and a B.A. in Music and History (Brandeis University). He is the 2018/19 president of the District of Columbia Library Association. Brown is a contributor to The Oxford Encyclopedia of the Bible and the Arts (Oxford University Press, 2015) and Popular Music and Public Diplomacy (Transcript Verlag, 2018). His research areas include American music in cultural diplomacy and 20th century American and British art music.