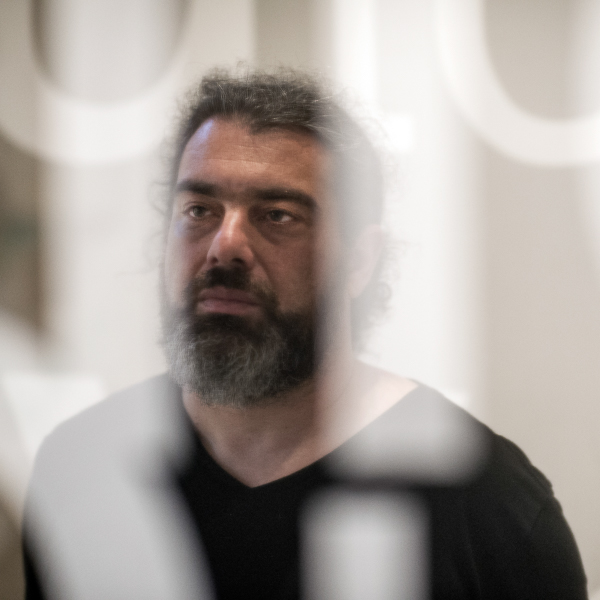 Luca Forcucci (PhD) lives and works in Switzerland and Berlin. His research observes the perceptive properties of sound, space and memory. The field of possibilities of the first person experience is explored as the artwork. In this context, he is interested in perception, subjectivity and consciousness. The works are sound installations, sound walks, performances, videos, photography and texts. A great influence is the late American avant-garde composer and musician Pauline Oliveros and her concept of deep listening expanded to all what is humanly possible to listen to. Since 2008, he collaborates with scientists in the field of neuroscience, perception and biology, and is particularly fascinated by visual mental imagery as sonic imagination. Forcucci has lived in Lausanne, Geneva, Milan, Belfast, Paris, Shanghai and Berlin with frequent expeditions in Brazil and South Africa. His own artistic research includes and observes then the possibility to live within a constraint of 23 kg luggage, a hand luggage and a laptop folder, and how this translates into his work, by observing the relationship between the author and the beholder/listener. Forcucci achieved a PhD in Sonic Arts from De Montfort University and a MA in Sonic Arts from Queens University of Belfast. He studied electroacoustic music with the Swiss composer Rainer Boesch in Geneva, and was produced, by Al Comet, former member of The Swiss band The Young Gods. Luca has an extensive background in architecture informed by twenty five years of professional practice. He has won numerous prizes and residencies, and among them Swiss Artists in Lab Residency at Brain Mind Institute in Lausanne, Site-Mapping.ch Swiss Digital Art Award for a research in the Brazilian Amazon Rainforest and Djerassi Foundation residency in San Francisco. Forcucci was nominated in the arts at the World Technology Summit in New York. His research was conducted at University of the Arts of Berlin, INA/GRM Radio France in Paris (Institut National d'Audiovisuel / Groupe de Recherches Musicales) while investigating at Bibliotheque Nationale de France Francois Mitterand. At the Brain Mind Institute in Switzerland he explored cognitive neuroscience of out-of-body experiences. He is regularly invited to lecture in fine arts, art & technology, music or architecture departments of international universities like University of Limerick, USP Sao Paulo, PUC Rio de Janeiro, UFRJ Rio de Janeiro, UFBA Salvador de Bahia, University of California Riverside, UdK Berlin, ZhDK Zürich, EPFL Lausanne or SIVA Shanghai.